Content in this post contains information and discussions of child sex trafficking and sexual abuse, which some readers may find triggering. If you need support at any time, please call National Sexual Assault Hotline at 1-800-656-HOPE (4673).

When I was 5 or 6, a young Kindergartner, my sister was home sick so I had to walk to and from school by myself. This was the late 80s where walking to school was the norm and stranger danger was just another lesson taught but not overly thought about. On my way home I was approached by a van and asked if I wanted some ice cream. I said no thank you. They then followed up with asking if I needed a ride home. I said no, that I couldn’t take rides from strangers, and then ran the rest of the way home.

I thought nothing of it back then, but knowing what I know now, I could have easily been a victim of trafficking then. That day could have been the last day my family ever saw me again, had I accepted the ride. Sure, they could have been a kind samaritan. We’ll never know. But I think of that day often now that I have my own children.

Get your FREE editable identification card.

Keep this wallet sized ID card with you at all times in case of emergency. Give to grandparents and baby sitters to make sure that they have your child’s identifiable information at their fingertips.

Easy to edit with the click of your mouse. Includes numbers to helpful resources to have at all times.

Also known as “The Invisible Crime”, human trafficking has been the major topic of discussion in news outlets, social media, and other platforms for the past few weeks. For instance, the conspiracy theory of Wayfair, using its site and high priced items for child trafficking. Week by week, more information keeps trickling down the pipe as it pertains to Jeffrey Epstein and his girlfriend, Ghislaine Maxwell and their connections to numerous celebrities and public figures. Secrets pertaining to their life of torture and assault of their victims are still coming in.

But don’t get it twisted. This isn’t something new. The fight against trafficking has been going on for quite some time. It’s just that recent news has shed more light on the disturbing issue that we’re facing. The invisible crime is considered invisible because it’s so common, yet so hard to prove because the victims don’t speak up or the criminals don’t confess.

So how can we stop it? How can we protect our children from being victims? Let’s dive in.

What is child sex trafficking?

“Child sex trafficking refers to the recruitment, harboring, transportation, provision, obtaining, patronizing, or soliciting of a minor for the purpose of a commercial sex act.”

The United States Department of Justice

These disgusting criminals that are offenders of this crime are sometimes known as pimps. They often lure their victims in with the promise of food, shelter, clothing, attention, and/or a better life. Once the child has been lured in, the pimp will begin to engage the child into prostitution.

The trafficker will use forms of mental, emotional, and physical abuse to keep the child stuck in that life. In many cases drugs and alcohol are also used as a means of control. It is not uncommon for the the offender to use isolation as a way to further trap their victims. They may move away from their family and friends, change their appearance and their entire mindset.

Oftentimes, they are brainwashed to distrust law enforcement and made to think that everyone is against them or out to get them.

Who is at risk for child sex trafficking?

Unfortunately, no child of a certain race or gender is safe from being trafficked. But there are a few groups that are of higher risk:

According to National Center for Safe Supportive Learning Environment, other “Possible risk factors associated with child trafficking include the following:

What are the signs of child trafficking?

Many times when a child has gone missing or found to be trafficked, the questions start pouring in. Where were the child’s parents? Why did no one see that something was wrong? How could no one have caught this? Well, there are signs, but sometimes they can be misinterpreted as something else. Regardless, here are some signs to look out for. If you see something off, don’t be afraid to say something.

Does this only happen in 3rd world countries?

Yea, you wish. Trafficking happens in every continent in every country. As a matter of fact, the United States happens to be one of the top destinations for child trafficking. We are a source and transit country, meaning that the United States is a country of origin where traffickers find their victims, and also a country that links between others to exchange their victims.

Transit countries are chosen for their location and one of the characteristics is having weak borders, a good proximation to their destination country, and typically an affiliation with organized crime and corruption in immigration. It’s no surprise then, that the most popular places of trafficking are California, Florida, New York, and Texas. 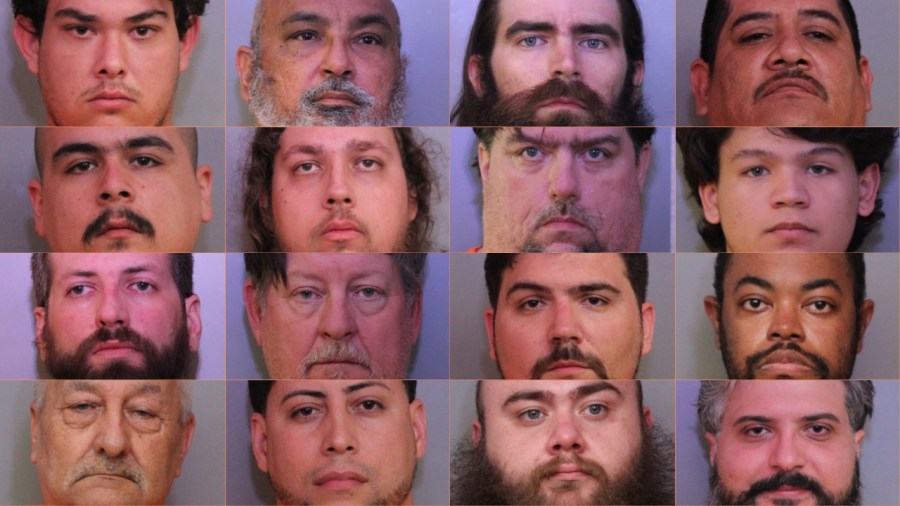 How do I keep my child safe?

One of the most important things you can do to keep your child safe from becoming a victim of child sex trafficking is to make sure the lines of communication are there. Make sure that your child understands and is comfortable with coming to you about anything.

Know your child’s friends and their whereabouts. Monitor what they do and who they talk to on the internet. Above all else, go with your intuition.

How do I talk to my child about trafficking?

Understandably, this is a very difficult topic to start a conversation about. They key is to be well informed and to offer a safe environment where they’re able to ask questions. To do this, educate yourself on this issue and learn the warning signs. Try to touch on these key points:

How can I help stop trafficking?

Even though child trafficking has been going on forever, it wasn’t until the year 2000 that the United States Government and the United Nations, recognized it as a crime. In doing this, more light was shed on the subject and more people started to recognize exploited children. So how can we put an end to this travesty?

Be a voice: Contact your elected officials. Let them know how much of an issue this is and how important it is to you. Keep writing. Keep calling. Don’t stop until they make a move.

Spread the word: Speak out, whether on social media or other public forums. Let your voice be heard and and educate those around you about trafficking.

I think a child is being trafficked. What do I do?

If you suspect someone is being trafficked you can contact one of the helpful resources.

You can report missing children or child pornography to the National Center for Missing and Exploited Children (NCMEC) at 1-800-THE-LOST or use the Cybertipline to report a child being exploited online.

Is It Safe For Our Children to Return to School?
12 BEST Parenting Advice for Moms and Dads Everywhere

Learn How to Start Your Own Blog

We use cookies to ensure that we give you the best experience on our website. If you continue to use this site we will assume that you are happy with it.OkPrivacy policy